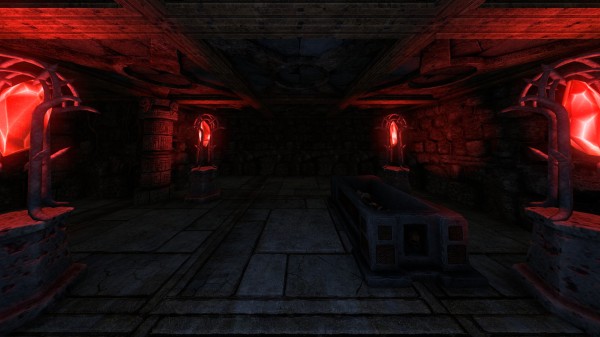 I finally will be able to rest a bit ! (Screenshot by Logort)

Last week got its up & downs.

I’m nearly dry, and working on system stuff (ie: the Steam Workshop integration) is really not as fun as creating games.

But I did it, I’m finally finished with it : the game now loads Workshop Dungeons, export and then load Mods to & from the Workshop.

Hopefully, it’s bug free. It may require a bit of polishing, though ; I’ll see what need to be done depending of user feedback.

Right now, in the Workshop, there’s only the No Spiders Mod that I have uploaded by myself (for our arachnophobic friends

Note: to see the workshop items, you have to own the game, as it’s still not officially released at this point. I’ll do that once I’m sure everything runs smoothly, hopefully for Xmas…

So now, I guess I’m good for some serious holidays. I’ll stick around to fix any reported bug or glitch, though. I might also take a few hours to add Steam Trading Cards & Badges to the game. Hum, that sounds like half-holidays, but I’ll take that, that’s better than what I got lately..!

I’m still thinking about the Scavenger Hunt, but still no plan nor release date for it…

So I’ll do at least a couple more Weekly Updates, plus a Post Mortem by February 6th at maximum, to celebrate the 3-month anniversay of the Steam release…