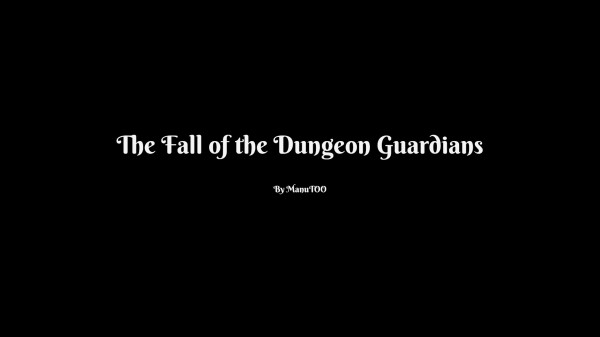 And this is the final weekly update.

At least for the time being ; maybe in the future I’ll come back to add a Rogue Mode to the game. Or Dungeon Guardians 2. We’ll see…

But for now, let’s see what has been accomplished the past 10 days.

I finally found the energy and the time to put the Treasure Hunt in the game. This is a chained series of riddles, more or less easy, designed mostly to test the player’s memory and observation skill.
This hunt features a new extra non-combat item, as well as alternate weapons (eg: 2H tank weapon).

This little extra in the game makes it now really complete, especially as there was a series of rooms & places that didn’t make much sense till now, because they were destined to be part of the Treasure Hunt.

On the Steam front, I added the Trading Cards. And in bonus, you should be able to get the OST as free DLC on Steam within a few hours !

At last,  the after-release service is also more or less done, as I got only very few bugs and requested features to add in the game since a few weeks.

So the main work is done now, almost 4 years after the development started, back in February 2012.

I will still take care of any reported bug, and will very likely add some extra requested features if they are easy to implement, but my mind will now be able to switch to my next game (Tennis Elbow Manager 2, a tennis manager game).

I’ll still likely write a postmortem for the game at some point : maybe in a few weeks, or at a milestone for the sales (ie: when the game will have paid me a somewhat decent salary

I will also try to contact GOG again, now that the wishlist got more than 300 votes. Maybe it’ll be enough to make them change their mind. If not, maybe knowing that Dungeon Guardians is the best selling FPV Dungeon Crawler released recently will help as well…

(ok, this is a relatively easy feat, as there’s not much FPV Dungeon Crawlers, but still, it’s nice

That’s all for now. Thanks to have followed this blog, I hope you have enjoyed the ride. Me, I surely enjoyed it, and I’m a bit sad it’s kinda over now. DG took the best part of my mind for most of the past 4 years, and it has been an incredible experience !

See you in not too long time (hopefully!), and Happy New Year !