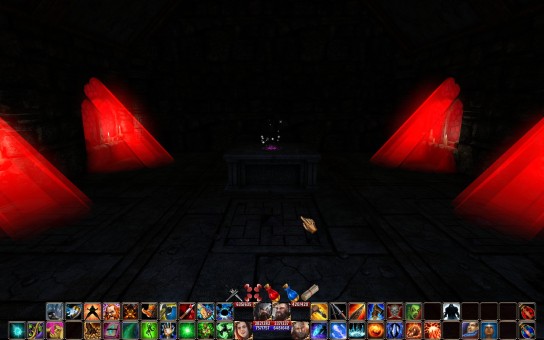 I still did a little bunch of bug fixes, but they were mostly for very special cases.

So I had time to finally work on a new important feature : the Modding SDK, including multi-mod & incremental mod support for the game !

It even comes with 2 small Mods : 1 to replace the spiders by skeletons, for players with arachnophobia  ; and 1 with all the built-in portraits of the game, to change them or add new ones.

Except that, I got the answer from GOG : they said it looked like a good & interesting game, but were afraid it was too much of a niche game for their store (translation : it didn’t sell enough on Steam).

Actually, sales on Steam are not too bad and I’m relatively confident we’ll get to the point where the game will be worth the money and time invested in it.

Now, only the Steam Workshop support is missing. I hope to able to do it all this week, although I don’t have much idea of the amount of work it represents : it’s going to be a surprise..!

I also should be able to publish the game on the Mac AppStore.

After that, I’m not sure where it’ll go. I still want to add the Scavenger Hunt to the game, so maybe I’ll finally do it… Or maybe take intensive holidays… Or maybe start to fiddle with my next game (ie: Tennis Elbow Manager 2, a tennis management game)… Or write documentation for the Level Editor and Modding the game…

Cya next week to see how everything will turn out !