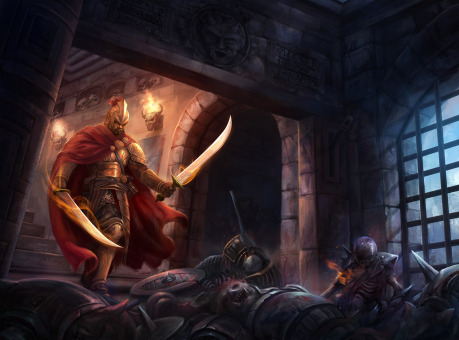 The Fall of the Dungeon Guardians’ Boxshot

Another week that went as planned !

I did the rolling credits screen, nothing special, just the classic stuff.

I then did the ending scene. The ending is very low budget (ie: there’s no 5-min CGI movie), I just worked with sound FX, music & dialogues ; but considering that, the result isn’t bad, it could even be seen as refreshing and original. At very least, it should be a bit surprising..!

I also got the boxshot finished by the talented 2D artist hired a few week backs. You can see it above. Pretty awesome, right..?

So next week, I’ll do the intro scene. I’m not sure I’ll able to do it all in 1 week. There’s a bit more elements to create than for the ending scene. But we’ll see..!