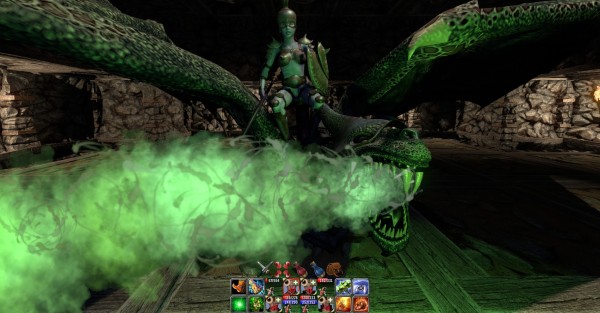 Another week that went well : I did everything planned !

1st, I created the 12th level : it has been a bit hard, but once again, I’m happy with the result. It feels special & different from the previous levels ; its exploration is a bit challenging but without being too much confusing either. I even got some inspiration back for a pleasant puzzle ; it’s time based, so it requires a bit of dexterity, but actually, like most puzzles I created so far, it requires mostly observation to understand how to solve it.

I also designed the 4 boss fights. It has been a bit tedious, I didn’t have much inspiration at 1st, but after a couple of days thinking, I ended with some pretty decent fights. The last boss of 3rd tier (ie: in level 12) will be particularly challenging !

While I was thinking about the boss design, I integrated the final assets produced by my environment artist (it was mainly statues, keys and a few props), and now it’s (almost) all done.

And that not all for this week : I even updated a couple of ugly visual fx ; the new versions look much better, and it shows I’ll have some work in that field once I’ll be finished with the dungeon creation.

Anyway, now, with 3 tiers more or less finished, the dungeon has about the same size than the one of Dungeon Master or the one of Legend of Grimrock. It looks pretty nice overall, and I begin to feel anxious wondering what the critical reception will be. I doubt the game will get much famous, but at least, I hope it’ll make happy a little bunch of people !

Ok, so now I’m going to take a break from Dungeon Guardians. For a couple of weeks I’ll be working on the Steam release of my tennis game. I’ve got some big stuff to do, but hopefully it’ll go fine. It’ll be a lot less creative than working on Dungeon Guardians, as it’ll be mostly technical stuff (except for the Achievement design), so it should be easier & more straightforward than the work I did in these past weeks.

I’ll still post during that time, and once it’s done, I’ll be right back on Dungeon Guardians, although I’m not sure on what part I’ll be working then. Maybe I should extend the existing talent trees, so I could test the 3rd tier, or maybe I’ll jump directly into the level design of the 4th tier (ie: levels 13-16). I’ve got some nice ideas for it and I’m impatient to see them taking form. Right now I’m still not sure I’ll go to a total of 20 levels : I worry a bit it’d make the game a bit too long. Testing & more testing should answer that question…

Anyway that’s all for now, cya next time !