After 8 months in Early version, here's the Beta version of TEM2 !

The state of the game is changed to Beta because now all the important new features are implemented in the game. However it still misses some polish and some secondary features that may come later on.

I'll keep fixing the bugs reported during the next few months while I'll be busy porting the game to the Unity engine. The version 1.0 will come shortly after it's done.

The main new features added since the release of the Early version are the 3D matches, with real-time coaching, and the possibility to play yourself the 3D matches both in the World Tour and in the newly added Training Club free mode.

The TEM2 3D matches let you test the new ball, court, strike & player physics of TE4, as it's all implemented in TEM2 !

Players physics may change a bit, but the rest is very close to the final results, except for tuning, of course.

The AI is also greatly improved, but more will be done, especially as only the Pro-10 difficulty has been tuned, and not for the gameplay but for the realism.

So the gameplay of TE4 will be more refined and less raw than what you can find in TEM2, but be careful though : after a couple of hours of play, you may have some trouble to come back to the old TE2013..! ;-)

And if you had missed the previous newsletter, here the main new features since TEM1 :

You can download & play the demo for Windows & macOS now : 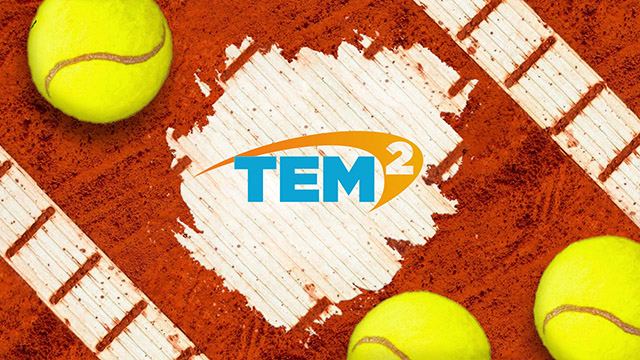 As announced in the previous newsletter, the price has been raised, but there's a discount during the Autumn sales, so you have a chance to get the game at almost its old price for 10 more days (see link below).

As some of you might already know, I (ManuTOO aka Emmanuel Rivoire) have been running ManaGames.com since 2004 mostly alone, thanks to all of you who have bought my games in the past 14 years.

In the past few months, my income significantly dropped, likely because now TE2013 is very old and most people are waiting for TE4 instead.

It's nothing tragic so far and I should still be able to handle the future, but I decided to open TE4 to pre-ordering, hoping it will help me to worry less about money in the incoming months and keep my budget for TE4 secure : I have put money aside in the past couple of years for its development. :-)

So you can now pre-order TE4 with a 20% discount during the Autumn sales if you want to give it the best chances of success.

Release schedule (it may change without prior notice) :

A few screenshots of the stadiums (it's work in progress, of course) to give you an idea where we are headed visually with TE4 : 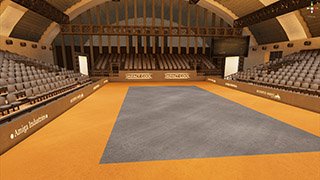 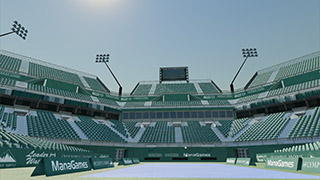 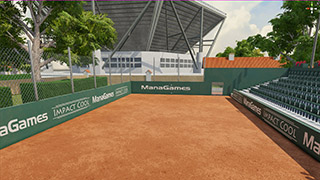 Side Court for Grand Slams

There are many promotions running for the next 10 days, so if you want to buy any game from Mana Games, now is a good time !

If you have already bought TEM1, you can enjoy a slightly better discount from this page (and still get a discount on TE2013 and TE4 if purchased with TEM2) : https://www.managames.com/tennismanager/promoTEM1_en/

If you have already bought TE2013, you can still use the promo link in your TE2013 License Key email to get TEM2 with a discount (and still get a 40% pre-order discount on TE4 if purchased with TEM2). If you have lost your License Key email, go here : https://www.managames.com/Key_en.php?Lost

Have a nice day,
Mana Games