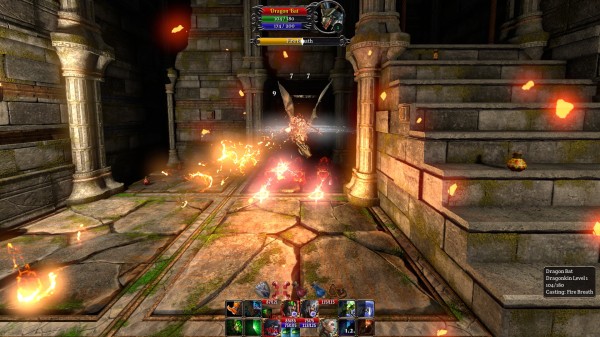 I did it, the game is finally in a state where it can be seen as complete !

Last week hasn’t been exactly easy with Greenlight and everything (see the previous posts in the blog), but I managed to do a little bunch of things in addition of the Arcanist specialization for the Mage. Mostly I added a few abilities for the Mobs so they have more varied sounds & visual FX and the result is impressive ! I hope it’s not too much..!

The Arcanist is a new beast to tame so it seems it’s different enough. I didn’t give him any AoE spells, but instead he got the best solo Crowd Control spell of the game.

I polished & fixed a few bad bugs reported by the first customers, and now the game should be in a solid state and left with a minimal list of bugs (I guess there are still a few ones hidden here and there but I’ll squeeze them soon enough!).

Hopefully, rhythm is going to calm down now.

This week, the main goal is to get the game on the Steam platform, so I’ll be able to give Beta Steam Keys to possible reviewers : it seems more convenient than using my own system, as reviewers are short on time and are more used to Steam, they might be more willing to give it a try if they receive a Steam Key.

I’m thinking about releasing the game on Steam around end of next week, so after that I might be working on the Steam Achievements. In that case, the Rogue class would come as a bonus update a few weeks later.