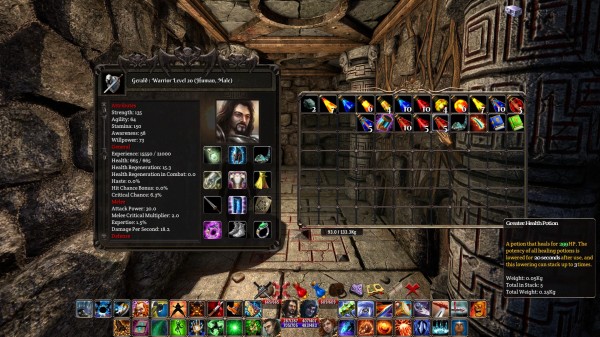 So this week, I spent most of my time on the video trailer, which made me realize that I’m no Stanley Kubrick.1

At 1st, I thought about doing a trailer listing & demonstrating all the main features of the game. A lot of Indie games do trailers like that. It’s relatively easy to design, it requires almost only normal game footage, and it’s efficient at presenting the game.

But then I thought it wasn’t the right way for Dungeon Guardians. DG is an adventure, an experience, more than a list of features. So I decided I should do a trailer telling a story, to connect more emotionally with the viewer and let him want to know more about the game afterwards. Ok, it sounded like a great idea, but how was I supposed to do that, especially with very limited assets outside of game footage ?! So with more hard thinking, I designed a decent storyboard, starting with the intro sequence from the game and going into some distinguishable elements of the game (exploration, fights, puzzles).

I found a freelance motion designer to edit all that, but unfortunately, it seems he’s no Stanley Kubrick either. He gave me about 0 idea nor feedback for make the storytelling of the trailer compelling, so I had to do all the thinking by myself.

Fortunately, he has a good artistic sense and he’s able to do nice effects & edit, so the final result should be good.

But with the 1st cut, I discovered a huge issue : basic track shots & rotating shots done manually with the mouse look awfully not smooth & unnatural in a trailer ! So I started by adding mouse smoothing. The result was already significantly better, but any movement done with the free camera mode of the map editor was still awkwardly linear & abrupt. I then added a system of recording & replaying waypoints and added a special curved interpolation between them. Tada, finally, professional camera movements !

So now, I’m waiting for the final cut from the motion designer and hoping the result will be good. Once done, I’ll be able to publish the game on Steam Greenlight, as I wrote the long & detailed description of the game this week.

Except the trailer, I wasn’t able to work on the Race bonus because my mind was not set to it (it happens!). So instead, I started to implement the payment & delivery process. It’s based on a Key system like for my tennis games, but with a simplified installation process.

Ok, so here’s the plan for this new week : get the game on Greenlight, do some PR to let the world knows about Dungeon Guardians, polish a few things in the game,2 add the Race bonus (this is one has been running away for weeks, now!). If I manage to do all that, then 1 week later, I should be able release the game !3 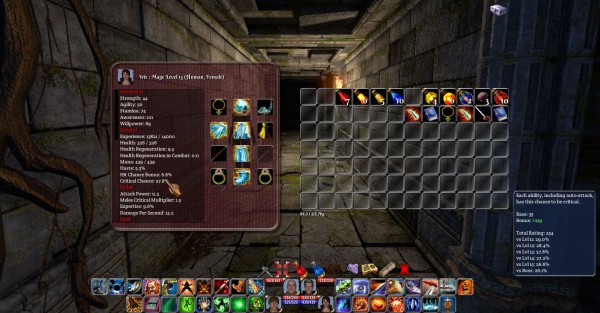 Last week was spent on my tennis game & Steam, so I almost didn’t work on Dungeon Guardians.

This week, I’ll be busy with some stuff and I also need to rest a bit, so I’ll work on DG but not too much.

So this post is a good occasion to ask : what’s next ?

The current goal now is to put Dungeon Guardians on Steam Greenlight, to get a chance to sell the game on Steam ( = a lot more exposure than on managames.com

To do so, I need a good video trailer. This means I need a finished GUI. Sound FX still need work, but it’s less important as the music will cover almost everything.

Right now, I still need to design 1 GUI part : the party creation process ; ie: at the start of the game, we’ll have to pick the members to add to our party, or create new ones by selecting their portrait, genre, class, etc…

So I’ll start to work on that very soon. Once it’ll be all designed, I’ll do the complete list of what textures, backgrounds, buttons, icons, portraits in the whole game I need to be done or redone, and I’ll look for some 2D artist(s) to do that.

Then I’ll integrate the result in the game, and I’ll look for a trailer specialist to create the required video, and then I’ll be able to create the game page for Steam Greenlight. Finally, we’ll have to wait a couple of months to see if the game gets enough votes to deserve the attention of the Steam team.

I’m not sure how long it’ll take to publish this Greenlight page, but I hope it’ll be around 1 month and half at maximum, so it’ll give enough time to gather votes before finishing the game development.

That’s all for now, cya next week ! 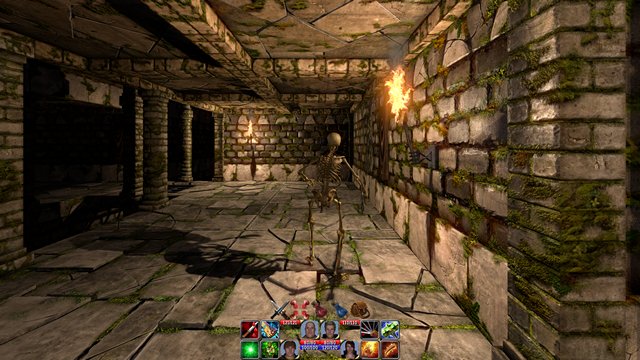 It all started back in end of 2008, when I grew tired of developing tennis games. I then thought of a list of games I could create. Several games came to mind, but my real favourite was an Ultima Underworld style of game (ie: an RPG with a single playable character in First Person View, in a dungeon). But I also thought about a classic square based Dungeon Crawler ; it seemed to be a good choice as the square by square movement and simpler settings made it possible for a 1-man team to create it.1

Time & years passed by, where I created updates & extensions for my tennis games, and also later on, I created a couple of game prototypes. One was a simple multiplayer RTS game, and another one was a puzzle game. Both didn’t motivate me too much, even if the RTS one had some interesting concepts in it, I felt I didn’t have the fire in me to spend 2 or 3 years working on it.

In the meantime, I also played a lot at World of Warcraft (the most popular subscription-based MMORPG ever at this date) and had been fascinated by its gameplay mechanisms, especially the tank/damage dealer/healer interaction & its replay value, and really thought it could work well in a single player RPG party game. I looked for a game like that, and couldn’t find any back in early 2011 (except for Dragon Age, but the concept wasn’t really similar as there was almost no healing during combat, nor any strong threat mechanisms).

So the idea of the Dungeon Crawler came back to me, but this time with a combat system inspired from World of Warcraft. My vision was even more enforced after I had discovered Legend of Grimrock (LoG) in middle of 2011, who was also a Dungeon Crawler inspired by Dungeon Master (but with many fundamental differences with Dungeon Guardians, we’ll probably come back to that in a future post). I thought the cautious way to proceed was to wait for LoG to be released and see if its sales were any good, but after a few months waiting, I had finished all my current work, and grew really excited by the idea of creating my own Dungeon Crawler, so I started to work on it on February 2012, just a few months before LoG release which turned out to be quite a success and confirmed that my choice of game was relevant (yes, I hope to sell it, I’m trying to make a living here

A few months of work passed by, which brought a lot of good stuff : a powerful map editor,  a prototype with basic gameplay ; everything was going smoothly and falling into place, and the concepts I wanted in my game were playing nicely together. In October 2012, I had finished an “Alpha 0″ which was containing most of the dungeon mechanisms (door, trap, etc…) and was ready to move on more advanced gameplay parts of the party management.

Unfortunately, some (bad) stuff happened in end of 2012, so I had to put the development of the game more or less on pause for almost a year.

I got back to it on end of 2013, motivation came back strongly, and on end of December, I released the 1st Alpha for public testing2 to be sure the game had a chance to be fun for other people than myself !

Feedback was good, but as the game was still lacking some important stuff, I did a 2nd Alpha a few months later, in April 2014, with almost all the game features (but missing most of content), which shown that the gameplay direction was good.3

So since then, I have been mostly working on adding content to the game : levels, creatures, loot, abilities, etc… A 1st Beta featuring 4 levels was tested by a few selected Beta testers, although it was not a real Beta, as only a small part of the game was actually near Beta state.4

Now, the Beta 2 of the game, featuring 8 levels, is almost done, and it might be released within the next few days. Stay tuned as I’ll be looking for a couple of additional Beta testers !