/!\ Warning:
- Your TE2011 Key is compatible with TE2013, just install it in TE2013 folder
- TE2013 saved games are not compatible with TE2011's one ; so you should either finish your current game before installing TE2013, or install it in a new folder
- when you update to a newer version, you have to transfer the "Profiles" subfolder from your previous TE2013's directory to the new installation folder to keep your saved games ; do not overwrite your current game folder with the new one, else you'll lose your saved games (they might end in the bin, so still in recoverable state, though). 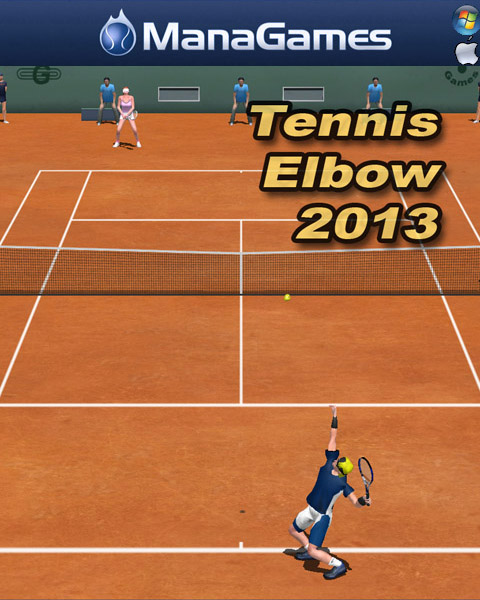 New Features :
- Outfits : a bunch of new outfits for men & women designed by Dilima & Torto ! (and you can find a lot more of their creations in the Modding Forum

)
- Tour Bases : men & women player bases & Tournament calendars have been rebuilt from scratch and updated to 2013 !
- Training Club : "Continue Later" option for matches in the Training Club (available from the "Give Up" screen)
- Instant Stats : number of drop shot & volley drop shot winners
- Modding : can have up to 65536 models instead of 256 for all outfits !
- Modding : can specify the "Outfit" entry to load for the player base (useful to use the different outfit codes with Sam's Patch)
- Modding : can specify the weeks the players were not on the Tour (ie: injured) in the Player base

Changes :
- Gameplay : strikes are now a bit more tiring when power is above stamina, and a bit less tiring when power is below stamina, especially on acceleration
- Gameplay : short slice combo is now : slice -> drop shot -> slice
- Gameplay : short slice forehand is slightly less short
- Gameplay : maximum average serve speed raised by 1%
- IA : CPU serve position is now a bit more far from center in doubles
- IA : CPU will now always try to do a passing or lob when his opponent stands near the net (instead of doing some normal shot in the middle)
- IA : CPU is now less likely to do a dropshot when his opponent runs back a bit

Changes :
- Gameplay : when your player's Instant Energy (IE) is getting low, your player's acceleration now loses less power, his volley loses a bit less precision ; also his run acceleration lowers more ; and all these effects increase less fast than before when the IE lowers
- Gameplay : acceleration is slightly less tiring with very low stamina skill
- World Tour : slightly changed how Top Players select their tournament according to their Play Style or Favorite Ground

Bug Fixes :
- AI : CPU's 1st strike after his 2nd serve was almost always a safe strike
- Instant Stats : errors on dropshot were counted as winners
- Modding : it was not possible to load outfit #256 & above
- World Tour : women had their Top Spin skill set too high
- World Tour : human player could be wrongly seen as injured when trying to enter the Masters
- World Tour : men saved games were seen as Invalid when in a women career, and vice versa

Notes :
- some of the bugs above have been already fixed in the previous days
ManuTOO
== Mana Games ==
>> I don't answer Private Message, except if it's really a _Private_ topic <<

New Features :
- Can select Language from within the game (in "Misc Options" menu)
- World Tour : Button in Save/Load menu to open an explorer window directly where the saved games are located (easier to backup your saved games when needed)

Bug Fixes :
- Profile : after having created a new Profile, the game couldn't load some of the courts
- World Tour : fixed a bug occurring after being in qualified in Singles after have played a main draw in doubles, but not have played the qualies in doubles (all of that on the same week

)
- World Tour : Race rankings were wrongly calculated around end of year
- World Tour : men masters Round Robins prize moneys were 0$
- World Tour : Could enter doubles draw twice if our partner was supposed to be in off-time
- World Tour : Can't see anymore a draw from the head-to-head screen when already watching a draw at 1st

Notes :
- Linux : most of these changes & fixes where already included in the previous published version
ManuTOO
== Mana Games ==
>> I don't answer Private Message, except if it's really a _Private_ topic <<

why on system mac os function online is offiline?

ebi03_POL,
the Mac version doesn't have network game support.
You need to have a dual boot with Windows, if you want to play online...
ManuTOO
== Mana Games ==
>> I don't answer Private Message, except if it's really a _Private_ topic <<