Thanks for kind words.

No worries, you deserved the win. Shame you couldn't go further but still a solid week overall. Best of luck in Cincy mate

Go play away from my topic.

Don't be angry, kid...that will only make your results worse

Stajus wrote:that will only make your results worse

Thanks for the advice.

Week 34
This week i played i Cincinati masters and my run stopped at R2, also i played doubles there and i reached the QF with 2 wo wins...

Singles:
R1: M.Khalil Guedria def. Sorana Cîrstea 6/3 6/3
It was not an easy match...We both played incosistant, there was many breaks ( i broke him 6 times while he broke me 3 times ), Good Game & Good luck for future Sorana.

R2: The KING[12] def. M.Khalil Guedria 5/7 6/2 6/2
There was many long rallies in that match due to his style ( spinner) , lags effected on my concentration so i rushed a lot in last 2 sets and i did soo much unforced errors... things could have been much better than it was but that's it... i do not deny that Salim is a pretty good player and i expect a lot from him in the future if he plays well. Good Game & Good luck.

Doubles:
As i said i won the first & second round with walkover, i was ready to play but they did not show up...

Heinrich von Westphalen wrote:Doubles are random due to nonexistent AI, so result doesn't represent his performance (I had the feeling both of us played vs. our partners

I definitely agree about that

, Good Game and Good luck in US OPEN.

, Good luck for next rounds & for upcoming events.

) , it's one of my favourite tournements, looking forward to play good and to go as far as possible there, Good luck for all .

Hello everyone, it was an annoying week unfortunately... even if i reached R4 in US OPEN which is considered as an acceptable result, lag ruined the 3rd and 4th rounds... i don't really know why the conection is becoming bad those days...

R3: M.Khalil Guedria[14] def. Quasar[22] 7/6(3) 7/5 6/1
Not a good game... it was laggy in all times of the match... it was very annoying and it prevented us from enjoying the match... i don't know why he blamed me after the match since it was annoying for both... really sorry for him... i never want to win in such conditions but it was not mine or his choice... i also asked him if he want to restart from 0 but he did'nt accept... really sorry once again and hopefully next time the conditions will be like it was in our previous matches, good luck in the future.

R4: GoAga[4] def. M.Khalil Guedria[14] 3/6 1/6 6/0 6/4 6/2
It was a pretty annoying match as well... after the first two sets we were forced to stop due to lag... after we continued he played much better and my chances to win reduced.... in the 4th set i fought very hard ( i won 3 games in a row from being *1/3 down after saving a bp for double break... but i could'nt keep playing at the same intensity, the ryhtm was soo high... 5th set i gived up mentally after loosing my serve and he controled that set... he told me that he was toying in the first two sets and that's true but telling that to your oponent in the middle of the match is very very rude...he also told me other things after the match like « i was sure that i will win » « don't tell me that you was thinking you can win » that's really out of sportmanship, i think the n4 spot and the two masters titles that he won made him very arrogant... i hope he stop that in the future.

I played doubles also in us open and i lost in R2 to the 10th seed Tatishvili 6/2 6/2, simply he was better than me and i did'nt have many chances.

Just 3 tournements remaining for me in the season( Shanghai, Paris and a small tournement most likely will be in bejing or tokyo) so next for me will be most likely bejing or tokyo...if not, it will shanghai masters, so it will be a break for more than a month... if what happned in US OPEN will happen again in the future, i prefer to do not play, because fun is the only thing that i play for... so, if there was no fun better to do not play.

Hello guys, it's been more than a month without playing any tournement... and during this period i played only 2 sets i guess

, anyway that did'nt effect... i had a decent week in Tokyo reaching the Quarter-Finals...

Next week i'am in shanghai masters, i'm gonna try to go as far as possible. 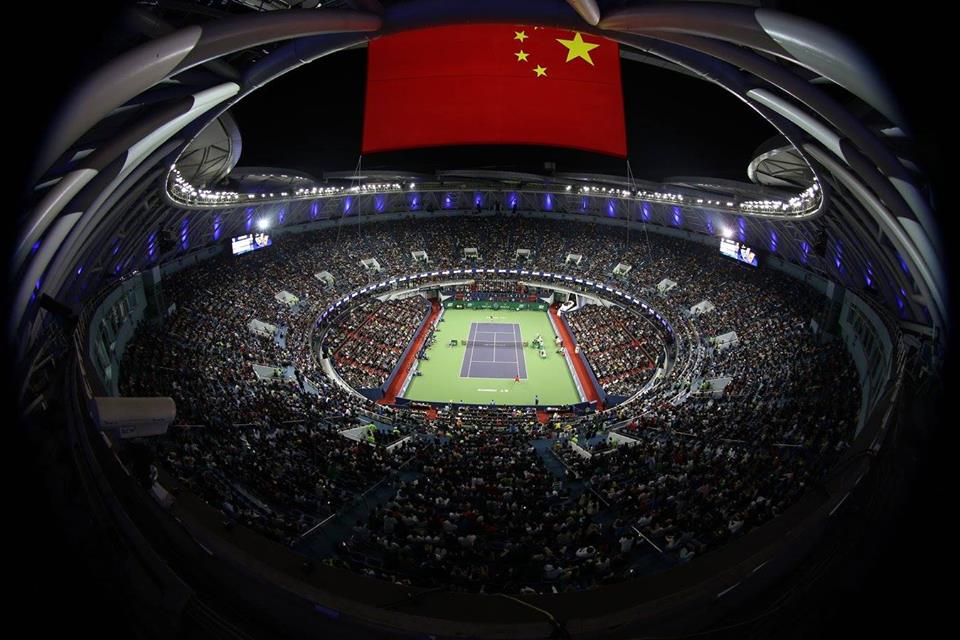 Hello everyone, unfortunately i could'nt go too far in shanghai, my run stopped at R3....

R1: M.Khalil Guedria[13] def. zrinkecsportnet 6/3 6/1
Good match, i played very solid with mixed tactics...the score does not really show the quality of the match, he played good tennis and it was not that easy for me... his sportmanship this time was totally different then in kitzbuhel... happy for that... Good game and good luck for the future.

R2: M.Khalil Guedria[13] def. Croat by wo
well, we was about to play but he said he can't join me ( while many was joining me ) and then he suddenly disapeared and did'nt show up after that...
i played reserve for that round vs marin and i won 6/4 0/6 6/2: it was a good match even if i was unconsistant and my level was up and down but fortunately i played good in the decisive points and i got lucky at some of them, he was not that easy... he have a good potential and he is able to do better in the future, GG & GL.

Another time i can't go far and i lose important matches... to win this kind of matches i still need some mental strength and i will work on that...
one tournement remaining for me in the saison which is Paris masters after two weeks, i'm gonna try to do something of good there... who knows,i may be able to play in the World tour finals...

Hello everyone, this week was the last chance for me to qualify for WTF but unfortunately i could'nt make it... i had to reach final at least to qualify but i lost in QF of paris masters ,there is still a weak chance to qualify as an alternate but anyway i'm satisfied of my performance this week especialy on a surface which is not one of my favourite...

R2: M.Khalil Guedria[9] def.The Alpha 7/6(5) 6/3
Nice match, it was not easy as i expected, he surprised me with his solid performance... solid baseline play and nice attack skills which did'nt make the defence too easy for me... i managed to win a long first set which was decided only by few points... he had some break points at 4-4 and 5-5 but i saved them... i did'nt take advantage before that from being a break up and with 4-1 lead, only one mini break made the difference in the tiebreak... second set i broke the serve early and i hold my serve until i won the match, i struggled to finish the match at *5-3 wasting around 5 match points before winning... i guess he have good chances in 2016, GG and GL.

R3: M.Khalil Guedria[9] def. ratherplayer by wo
unfortunately he did'nt show up... it would of be a great game, next time hopefully.

QF: SàLîM[4] def. M.Khalil Guedria[9] 3/6 7/5 6/3
it was very close, i started well breaking him early and i hold my serve until the end of the set, second set was taugher, he was more solid from baseline, i lost my service in the first game but i quickly broke him back... i tried to break him after that and i was close to do it but i was a bit unlucky and we kept holding serves until 5/6 when i lost my serve somehow... last set he broke me early too and after that i started to give up but i did'nt let myself... i tired to fight until last point and i had a break point but unfortunately i could'nt convert it, i lost it with a forehand return error close to the baseline... GG and GL.

Well, that was all from me this season, many things could of been done better but it still a good season, i had many good results and there was many nice matches , i had a big improvement this season , thanks for all who played fairly against me , and a special thanks to someone who helped me a lot to improve during this year, he is heinrich von westphalen who is not here now due to injusting decisions by tour mods, the tour lost him as a mod, no one can deny that he gave additions to the tour since he came and he had more to give if what happened did'nt happen, he was also a great player which was important for tour level, hopefully he come back one day... as long as there is irresponsible mods who are not even interested in this game,this tour will never improve...