Once again, as soon as I broke him he started behaving like a child. He went into chat and said "jebem ti mamu" several times which translates to "F*ck your Mama". Additionally he called me an idiot and a son of a bitch.

Additionally, there's no doubt he's controlling lag. I was 5-0 up and it took around 30 minutes to play two games because he kept freezing the game when I threw the ball up to serve or whenever I needed to hit the ball.

OMG. I played him few minutes ago. What a terrible player he's been. He was controlling the lag just like you said. Had a nick Brat, just like he was behaving. 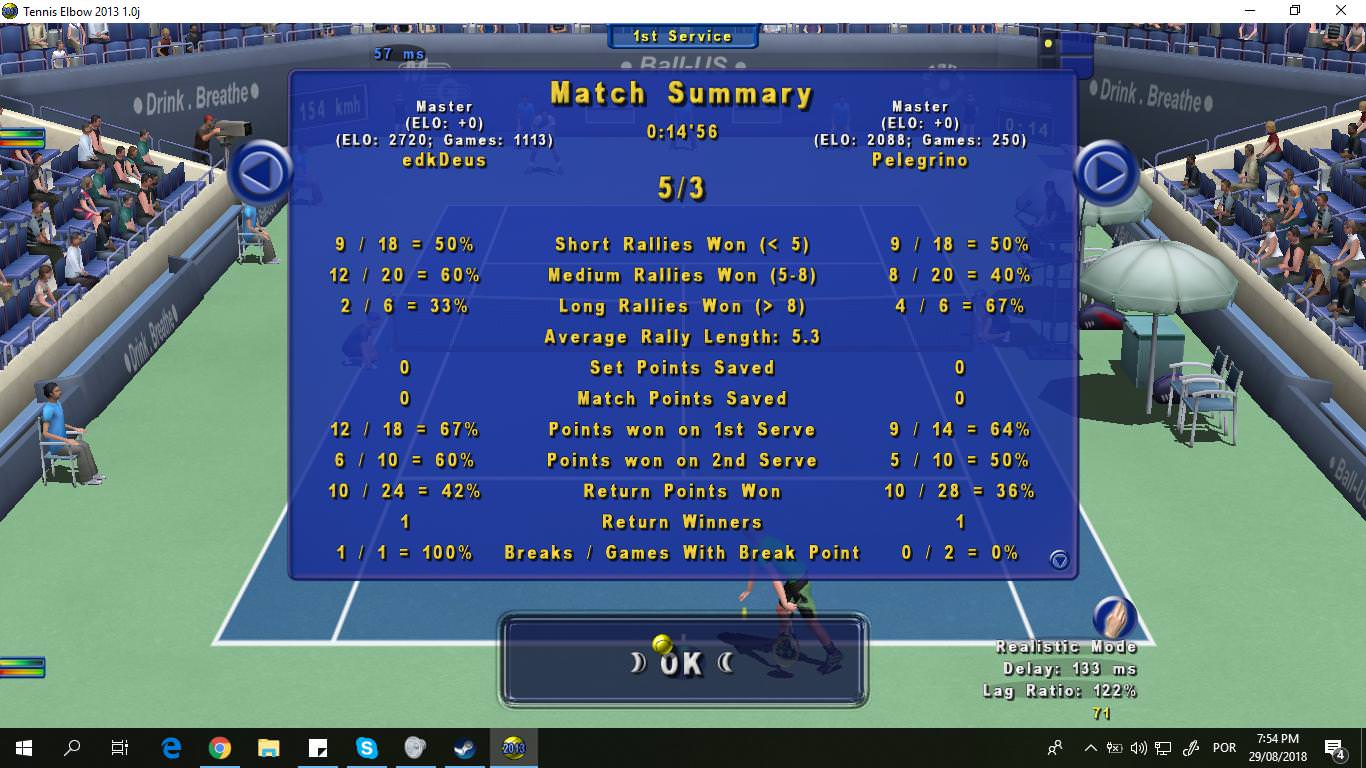 About Player PT, he insulted me without any reason. We played a 1st set without trouble, then suddenly at the beginning of the second set, he treated me of cheater, f### O## many times before leaving. I just played my game all the match without any chat nor gestures... This guy is just crazy. He should be banned.

The player's name is Earlgrey, has ~2200 ELO, has played around 2900 matches. The connection wasn't great throughout but it wasn't thad bad, but when I broke back at to 3-2 in the 2nd set he decided that I was lagging the match and that I'm a cheater. He used great words such as "cunt", "faggot", "cheater", "loser". I obviously don't cheat, but then he started taking screenshots right before I hit my shots. 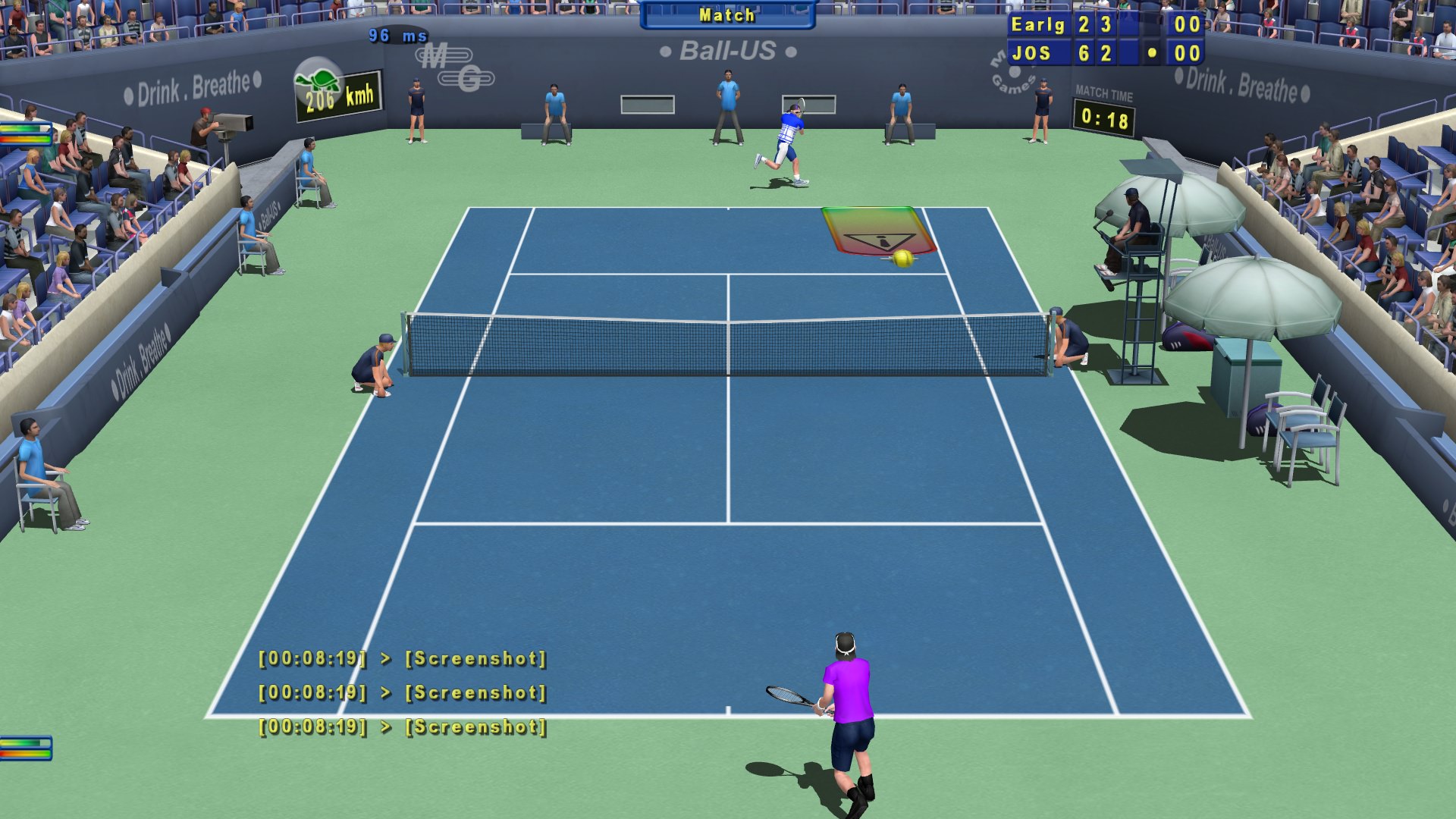 First of all, I would like to report player patris talon, his elo is around 2250 and I played with him at 19:30 UTC+1. My nickname is JedanNulaPerisic. I broke him in the first game and held my serve. than at 1-2, he started taking screenshots at almost every my shots, especially on my serve. When I broke him again in the next game, he again started to take screenshots in my next service game. When leading 4-3 he broke my serve again (also with taking screenshots) and then he held his serve to win the game. I also have to mention that I didn't do anything wrong, so he started doing this for no reason (probably because he has some mental problems). After the game I just said, that he would probably lost 6-0 without taking screenshots (I'm note sure of that, but I'm sure that I would win). In the next game, I retired at 3-0, becase I didn't see the point in playing with him anymore. Probably I don't need to explain (unless some of you haven't seen this yet) that during screenshots, the game is freezing, so its similar to lag. Of course he is gaining unfair advantage and winning most of the points easily. I would also like to say, that it's not the first time that I played such a player. I played them a few times and I think, this is most likely the same person, or at most 2 or 3 . Every time the player had elo higher than 2000, very bad reputation and the same style of play. Also everytime he was chat spamming until I blocked the chat and talking in a similar way. He was also very rude, constantly insulting people from Balkan countries, which is really unacceptable. The last thing we need in this game is nationalism, and when we sum up all these things, this player really needs to be punished, at least banned from playing online games, but I would also ban him from playing that game at all. He really deserves this altought he probably bought the full version. So one big advice to all of you normal players. NEVER, but really never, play with someone, who has very bad reputation, and at the same time elo bigger than 2000. It's almost sure, that you will get a player similar to this one, probably exactly him. If you somehow come across him, reitre as soon as he starts taking screenshots, give him bad reputation and also report him there, so he will be banned as soon as possible (if he still won't be banned till then). I'm playing this game just for fun, I really don't mind for my elo, and for winning or losing. I just want to relax a bit in my free time, and playing players like that is really frustrating. I have to say that most of the players are polite, some of them are still jerks, but I have never seen in my life, more retarded person than this player.

The second thing, that I want to say, is that admins (I don't know who is responsible for that), really shouldn't allow freezing the game in such an easy way. I know that being able to take screenshot is important thing, because you can report rude players that way, but I don't see the point of showing this in a chat (even when blocking the chat, I mean that's ridiculous), that someone made a screenshot, let alone allow the game to freeze as a result of that. It's clear, that there are always gonna be some jerks in the game, and once they find out, how to do this, they will start doing this, when they are not in front. Some people obviously have mental problems and they are not able to deal with the loss, so they woudl do whatever to win the game, even such stupid things. So I think that more important thing is to fix that problems and not let the people to freeze the game with a screenshots (while taking screenshots would still be an option). Banning such players is just a temporary solution, because there are always gonna be new retards doing this. So I really hope that admins will react as quick as possible and solve this somehow. Again I want to say to all of you, that really never play someone with a very bad reputation and elo above 2000.

I would like to report Cwks. Started insulting me and opening chat, serving from the extreme corner of the court, then entered the menu when break down. Last but not least he somehow switched the camera so I was on the wrong side of the court and I could not do anything to fix it. I have screenshots and the chat log as evidence.
You do not have the required permissions to view the files attached to this post.

Mairon,
press F2 to switch the camera side.
ManuTOO
== Mana Games ==
>> I don't answer Private Message, except if it's really a _Private_ topic <<

Cropro
2019-04-06 14:00
All because I didn't apologize for clipping the net. No time for these immature children.
You do not have the required permissions to view the files attached to this post.

v.williams wrote:Cropro
2019-04-06 14:00
All because I didn't apologize for clipping the net. No time for these immature children.

I had exactly the same problem with this player as well! He was rude and immature because I didn't apologize for long returns.

I thought he is insane or what, but I had great laugh at him.

Hello ,
The player " Jimmy " is horrible to play against. Avoid him at any costs. As "human" as the IA of the game

Please avoid CWKS in the future. (he/she is doing screenshots during point and the game gets freeze bcoz of that)
Between the few players with real doubles skills on this tour..

I want to report GameSetMatch. After 1st game, he called me "pushing cunt, terrible" and started serving from the corner. Right now, when I got to my match point, he stopped the game with some weird lag and I can't do anything. Seriously!? HOW are these people have neutral reputation when I've had very bad is BEYOND me...