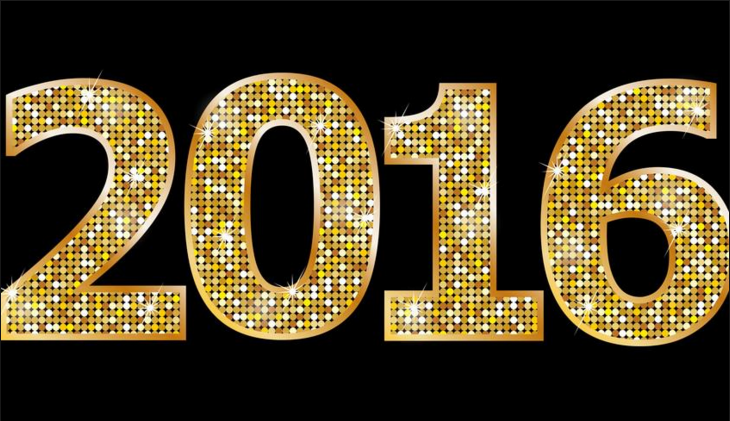 Hello Guys, happy new year... so here we start a new season, hopefully it will be a good season with a lot of nice & fair matches, it will be my last so i hope i can make it my best, i will start by TET 250 tournement in doha , and i'm excited as a tunisian arab to play there, Good luck everyone.
Regards.
M.Khalil Guedria. 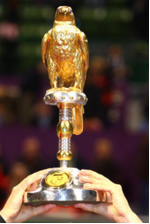 Hello everyone, it was a good a start of the season , i won my second tour title in doha...

R2: M.Khalil Guedria [1] def. Achraf Federer 6/3 6/0
i struggled a bit at the begining but after that everything was easier,GG & GL.

QF: M.Khalil Guedria[1] def. André Tomas[6] 6/1 6/0
well i was not expecting it will be an easy match, but i played my best from the begining till the end and made sure i don't give him many chances... it was not his day... better luck in the future.

F: M.Khalil Guedria[1] def. M.Gamal Federerized[5] 6/3 6/4
it was a taugh match tbh... he played very well and was consistent during the match with a small number of errors, it was very close and i managed to make things go to my side in the important moments... GG and i'm sure he can do something of good this season, Good luck.

Next week i'm gonna play another 250 event in auckland, and hopefully the series of wins will continue... Good luck everyone.
Regards.
M.Khalil Guedria.

Congrats to you, already making a good impression for the start of the season. Who knows, you might be the one to watch for the Aussie Open!
Highest Singles and Doubles Ranking: #16, #5

TennisStar wrote:Congrats to you, already making a good impression for the start of the season. Who knows, you might be the one to watch for the Aussie Open!

Thanks for kind words dude.

Hello everyone, another good week... i did not win the title this time but made the final in auckland and that's not a bad result...

R1: M.Khalil Guedria[2] def. Zugzwang 6/2 6/3
Good match... i was a bit inconsistent but i played good overall, he did too, Good luck in melbourne.

QF: M.Khalil Guedria[2] def. Adner 6/3 6/4
Not an easy match, i started very well breaking early and i broke him again serving for the set at *5/1 but i could'nt finish the first set set at this game... second set i felt he was playing more solid from baseline so it was taugher for me... we exchanged breaks at the begining of the set then we had a couple of long games with many deuces and ads until i broke him at a crusial game (4/4*) and i finished the match on my service game after that... Well played and good luck in AO.

SF: M.Khalil Guedria[2] def. Heather Watson 7/5 6/4
It was laggy from time to time in the first set so we stoped at *5/5 and there was no breaks during those 10 games... the following day we resumed and i was able to finish the set in two straight games breaking him at 6/5*, second set was the same sinario almost but the level of play was better,we held serve until i mixed my tactics at 4/4* to break him to finish the match after that with my serve... Good Game and Better luck in AO.

F: Heinrich Von Westphalen[1] def. M.Khalil Guedria [2] 6/0 6/1
well i did'nt hope to lose by that easy score but anyway it was a good game... i started the match very bad with a lot of easy errors and i was'nt concentrating well... second set i started to play better although things kept going his side... he was errorless and his balls was deep so it was hard for me to attack effectively... i started to push a bit at the end but i could'nt hold out a lot... Congrats and Good to have you back on tour ,Good luck in AO.

Well as you know next is the first grand slam of the season : Australian Open , Good luck for everyone there.

Hello everyone, unfortunately i could'nt make the performance that i looked for in the australian open, my run stopped at R4...

R3: M.Khalil Guedria[9] def. Zugzwang[23] 6/1 6/0 6/0
I played much better than last week's match , i was very solid from baseline and i tried to do not give him many chances, i was lucky sometimes when he missed easy balls at net, GG & GL.

I still did'nt decide what to play in the upcoming weeks, what i'm sure of is that i won't play the first week after the end of the australian open and most likely i will play in Rotterdam then dubai... 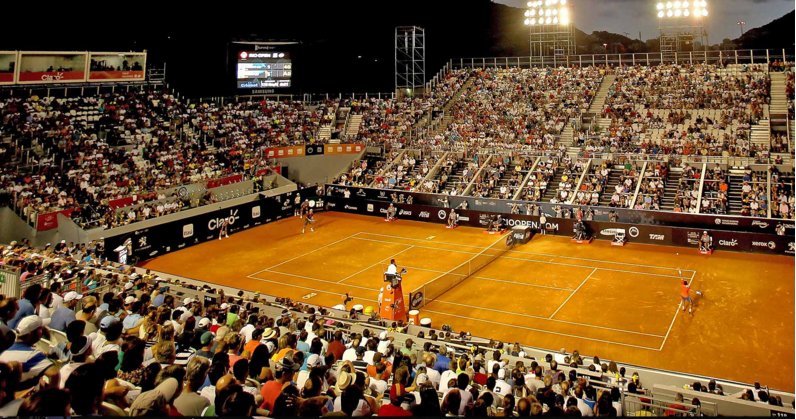 Hello Guys, it was an acceptable week reaching QF in the TET 500 event of Rio De Janeiro...

R1: M.Khalil Guedria[5] def. M.Gamal Federerized By WO
he was'nt availble to play so he gave me WO,it would be a good game... next time hopefully.

R2: M.Khalil Guedria[5] def. Milutki10 7/6(5) 7/6(6)
It was a very taugh & close match, Just 2 points in each set made the difference, he was very solid from baseline... he served for the first set 3-5* but i managed to comeback and win the set by tiebreak... second set i broke him at 3-2* to lead *4-2 but i could'nt take advantage of that, he broke back and held serve to equalize 4-4... he was close to break me at the following game but i somehow held my serve... the following 3 games were similar to this last one, there were many deuces and game points, i had 2 match points at 6/5* 15/40 but i could'nt convert them... he fought really hard and made it taugh for me... in the tiebreak he was minibreak up but i managed to finish it at my fourth match point... Great match and Great performance by him... i wish him a better luck in the upcoming matchs.

QF: Heinrich Von Westphalen[1] def. M.Khalil Guedria[5] 6/1 6/0
Well, i don't thing that the score shows the level of the match.. i had many chances in both sets and played good tennis but he was incredible as usual... i played 100% attack and took many risk, Good Game and Good luck in the next rounds.

Next Week I'm in Dubai, Good Luck for everyone there. 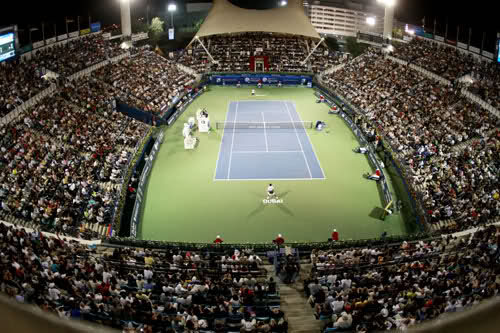 Hello everyone,Another QF result this week in Dubai..i played a very good level of tennis but unfotunately i had a taugh draw...

R1: M.Khalil Guedria[6] def. Grigor Dimitrov 6/0 6/1
It was an easy match... i think he was playing much better than this in the past, hopefully he can find his form soon, GG & GL.

R2: M.Khalil Guedria[6] def. Lazar Laze Magdincev 6/0 6/2
He did not play bad... he played better in the second set and he caused me some troubles but i managed to finish the match,GG & GL.

QF: GoAga[2] def. M.Khalil Guedria[6] 7/6(8) 6/7(5) 6/3
It was an amazing match with a very good level of tennis... GoAga is a great player so i had nothing to lose, i tried to give my 100% and put pression on him... i was break up at this first set but i lost my serve directly after that... and then at the tiebreak i was 2 points away from winning it but i was a bit unlucky... second set i was a break down (*2/4) and i managed to win 3 games in a row and then i had a set point on his serve but i could'nt convert it... in the tiebreak i led 5/0* but after that i lost my concentration a bit and he was close to comeback... third set everyone held his serve until he broke me in a very important moment ( *3/4) and he finished the match... i fought hard in that match but unfortunately at the end two or three points made me lose the match, and here appear my poor mental side that i should work to improve it to able to win such kind of matches... hopefully i will learn from this match for the upcoming matches. GG & GL.

Next for me is Indian Wells masters. 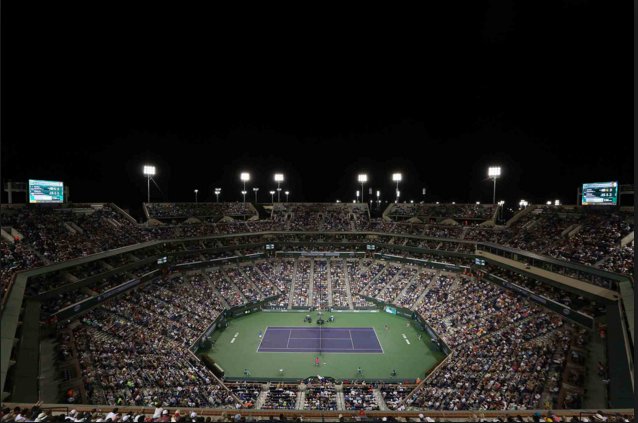 R3: M.Khalil Guedria [6] def. Prezmek by wo
Unfortunately i could'nt play when he was availble saturday and after that it seemed that he was busy and could'nt play maybe so he did not show up the next 3 days, i wished we could of play because i'm sure it would be a nice match...hopefully next time.

QF: GoAga[2] def. M.Khalil Guedria[6] 7/6(4) 5/7 6/2
1lmost same sinario as our match in dubai, it was very close and we had a lot of long & strong rallies... second set i fought back from 2 match points down at my serve (4/5) and i won two straight games after that to take the match to a deciding set... i had couple of chances at the begining of the third with break points at 1/1 but after that i lost my serve at 2/3... the following game i had triple break points but unfortunately i could'nt convert them and he held his serve, at 2/5 i played a bad game so he finished the match... again small details makes the difference for his side, nice performance patryk and Good luck for the upcoming weeks.


Next is Miami, I'm gonna try to learn from the mistakes that i made in the previous weeks and hopefully i can do better... 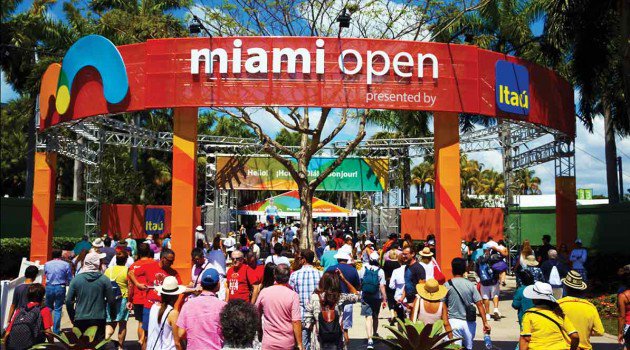 Hello guys , this week it was another QF acheivement, 4th in a row this year.. it was in miami masters..

R4: M.Khalil Guedria def. The Alpha 6/2 6/2
It was not an easy match as the score shows... he played very well overall and caused me many difficulties, but i managed to make things go in my side... GG and i hope to see you in good mood in the clay season.

QF: Milutki10[16] def. M.Khalil Guedria[6] 6/2 6/2.
It was a very important match for me.. i had much hope on it...because it was a new chance for me to pass QF in masters tournements after 5 tries... unfortunately i failed also this time, i was not feeling well in that match, he was playing incredibly well and did not gave me chances...he must be in top 10 soon.. Well played and good luck for the clay season.

Well, clay season is coming... very excited for it... next for me is Monte Carlo masters, Good luck everybody.

Thanks a lot to Heinrich Von Westphalen for this beautiful interview.

Woah! We're starting the interviews back up again?