When playing TE4 for a while, I've had it happen on several occasions already that suddenly there's a bug in the texture of the players.
I notice that my player has pieces of hair missing, or my opponent in the "next match" screen has no eyelids and thus very creepy large eyes. The issue doesn't go away by customizing my player and changing hairstyles. Looks like this and is visible in all character animations (so also during a match): 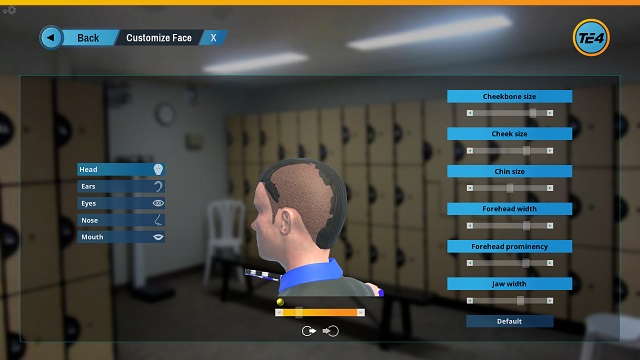 The issue always goes away when exiting the game and restarting, so it doesn't really bother me. But I've had it happen 7-8 times already these past couple of weeks, so it's definitely something that warrants looking into?

are you on Windows or Mac ?

Did you notice any pattern leading to this bug ? Someone else reported that bug a few weeks ago, but I couldn't reproduce it.
ManuTOO
== Mana Games ==
>> I don't answer Private Message, except if it's really a _Private_ topic <<

I haven't noticed any pattern leading up to it.

I don't even think I notice it immediately in-game when it happens (since the "odd" textures are different each time and don't always stand out as much as on the screenshot above).
If I recall correctly, this has only happened when the game had been running for a while (and I'd played a few matches already). I do Alt-Tab out of the game occasionally, so that could be a possible explanation, but I'm not sure.

Next time it happens, could you send me a Bug Report ? AFAIR, the other Bug Report about that issue didn't have anything special, but it's better to check again...

I got your Bug Report. There was nothing special, so it's still a mystery.

The next time it happens, could you change the weight of your player to see if it fixes the issue. If not, then change the hair to another one and then back to the original one, and please let me know the result.
ManuTOO
== Mana Games ==
>> I don't answer Private Message, except if it's really a _Private_ topic <<