I think everybody thank when saw the draw that there is no opponent for nadi and he will win the title(including me).
Personally, the real challenge for me will be if I'll play against Sampreas, it would be our first meeting ever in doubles (although we are ranking neightbors) and want to see his style.
But let's return to previous match... As always, Nadi played good and didnt let me anything for free, I worked for every point and even the score is pretty harsh, I think I played better than it looks.
This loss make me feel more determinated and I know that i can progress only playing against top players.So hope to have some matches like this, to play better and better and to get a safe position in top 10.

gg, gl in us open to nadi


Note to the mods: Guys, u forgot to give the wo to Alekol who is waiting for Kuga since the draw was making (the deadline was on wednesday) ...

Dr. Ivo has a shot actually

great, every player now became a doubles player by spamming
i think i ll go to my grandma, will show her ↑ on keyboard and will make her a top 15 doubles player, like everybody start to use

a new start is coming!!!
Between the few players with real doubles skills on this tour..

I wish GL for you and your grandma...

ShoNe95 wrote:I wish GL for you and your grandma...

please write this again, i promise i ll laught next time

Between the few players with real doubles skills on this tour..

You can read again...

still didnt found the joke
Between the few players with real doubles skills on this tour..

Congrats on a big win! Good luck in the final

Congrats on a big win! Good luck in the final

Thank you very much. 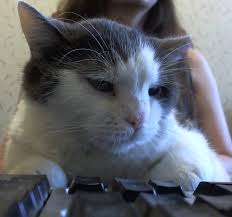