Novak will win Roland Garros ... for sure. 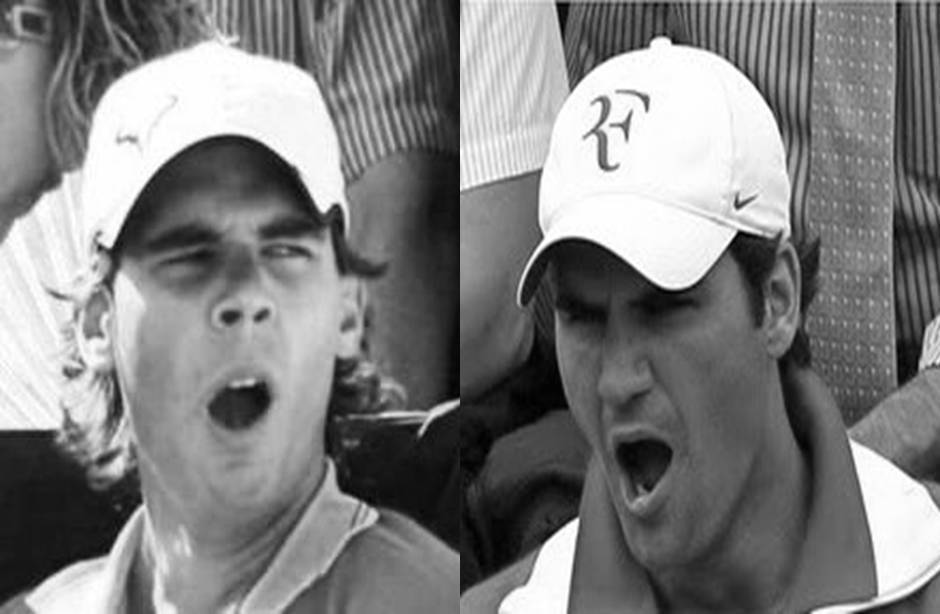 There was no possible way Nadal got that ball so why should it matter that it didn't bounce twice yet. Rule should be changed, costed Nole the match.

I can't agree more, the deffender and counters has always the advantage on the mach, unless you want to approch the net more which some of us just don't like to do ... we like to play our style ( Puncher, PB ) without having to use counter or topspin and still having equal chances of winning machs I think our suggestions needs to be considered !

Do you even watch real tennis?

Djokovic can take every Nadal's shot early, here you can't take spin early especially with elite controls it becomes riskier. If you can't take the ball early enough to punish the spinners in a rally then you rely on approaching the net. A lot of people don't even play at net, and why should they be forced to use net to win matches? It's completely unrealistic. Does Wawa rush net a lot? Still able to beat everyone.

In TE, puncher/PB style has never been fairly balanced with defenders/counters since 2009. 90% of the Slam winners used spin or counter. I think it's time for a PB/puncher era and more handicaps for defenders/counters

And yes, I'm a puncher/PB, you mad? I played counter in 2012 for the most part but it's not an inherent style for me.

Cool! I just told my opinion

Yeah i do watch tennis and had played this game back in 2008 with my bro but didn't play tour, so i am sure there are some small things in the game which are not right. But look, as u pointed out Djokovic takes Nadal's shot early which is absolutely right but there is other side of Nadal's game which is hitting very powerful shot when he is in total control. And in this game there is no way u can hit a shot above 130kmph(unless its a smash) when u are a topspin player which is a big handicap for topspin players. We should have great defending skills otherwise the baseliners will cook us with winners and there is no way a topspin player can survive if he does not have anything in his game to make baseliners uncomfortable. Also Djokovic may not always hit Nadal's topspin shot by taking early especially when Nadal is hitting short-angled shots because if he does they end up as errors or if just guesses he can get them. Short angles are very good but it's also tough to hit them. So topspin players have equal ups and downs in the game.
In TE, yeah defenders are dominating the game. But making topspin in character sheet 780 point list is really not the right option for me as others wanted that here. Because not much power comes with topspin and is fairly balanced. If they include that in 780 point rule then they should also make equal adjustment for power of low topspin stuff i.e, max.146kmph shots and 0 points for topspin---just too much to advantage for power baseliners. max.128kmph shots and 100 points for topspin---not many points left to keep properly at net/serve...and more disadvantage for topspin players.
Your opinion really made me think about taking early shots...Hmmm you really have a good point there, yeah i never see players hit early if its elite controls. May be the mods should change it to simulation/arcade controls. Then the problem might be solved.
Last edited by Tene on 03 Feb 2014, 11:45, edited 1 time in total.
INDIA

Sampreas wrote:I would just like to say, how to beat someone when he's using spin and he gose to the net. First of all it is elite ( which means that we lose stamina). The fact that they use spin which gives them adventage to play deep top spin balls (which are just like height of my player

) and to wait mistake from other side which will come really soon, to not mantion short angles which are just too good with spin, the other option which you can do is to make opponent really tired and then go on the net which is 100% your point. So these are killing combinations on current settings and settings before. I would really like to see Nadal with that spin, no one could beat him.

Yeah thats pretty much similar to what i do but i don't wait for my opponent's mistake. Actually there is not much power to hit a winner right-away so that's the handicap we have with topspin. So i use combination of shots(deep then short or slice or dropshot or volley or short slice) to trouble my opponent because if i hit same shot then my opponent might get comfortable and then he will detect the points. Defensive skills should be very good otherwise surviving in rallies is damn difficult. Not all players with topspin are good. I see many players with topspin who play baseliners in-fact they lose with 6-0 scores lol. They can't replicate the top players. Only the players who got good defense can crack the baseliners. This can only come with lot of practice.
Nadal does play such shots. I saw few 160kmph shots from Nadal in Doha final and many others matches although his average rally stroke speed is 117kmph which is similar to what it is in this game for topspin players. I am a big fan of Nadal not to mention i watch him closely of what he does to his opponents. Some people never really show enough respect of what a player he is! He is a grinder and that's how he beats his opponents

But if his opponents detect his game then he has problems.
I completely agree of what u said about elite controls. May be Simulation/arcade controls are better to play for tour.
INDIA

The same luck when he beat Federer in semifinals of us-open just by guessing on match points. Sick shirt ripping fool, deserved that for what he did to Rafa after AUS final. Shirt ripping monkey stunts, no respect for his opponent

Soderling LOL! he lost to Nadal in final next year and the match he won against Nadal was when Soderling playing video game tennis and Nadal had tired knees

Don't come up with that! Nadal on clay is ultimate test for anyone

That's quite an interesting stat ! Where did you get it ?
That'd be even better to have this average, but without counting slices & dropshots...