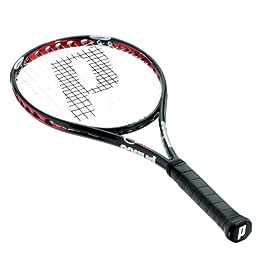 I really think, that like the speedportseries and those crazy yonex colors should be on there.

I never see anyone online

Manu, here is my latest post/reply from Beta 2 topic. It may have been overlooked, but perhaps I should have posted here instead:

Quote:
>> super fast gameplay
Are u sure it's not coz u were tired that it seemed faster..?

No. Something seemed off. It seemed fine, then I went in and changed some of the character sheet settings for my player, and gameplay seemed to be speeded up a bit more like ping-pong. It's hard to describe. The ball seems to dip faster. It usually goes back to normal after a while (like later in the day when I play again), but I don't know what triggers it. Could you just double check that changing different Character Settings doesn't modify the affect of the ball bounce or ball dip? I only noticed this really in the last 2 updates.
edit: I usually play as Power Baseliner. But when I switch profiles, this seems to cause the effect of the faster gameplay. CPU shots have way more punch. It seems like by me changing profile for my player, it affects CPU player too...

Quote:
>> Most computer errors involve hitting a cross-court shot
Yup, this is the intended behavior.

But with CPU consistency at 100%, it still seems to happen more than it should at that percentage.

I'll try this tomorrow. But it's weird, because when I switch sides currently, the CPU player brightness is not affected. Just my player is affected, along with the ball.


@Tscott415 :
I got ur saved game, and I think I found & fixed the crash.
Download the game again, and go on with ur saved game, it should work correctly now. If not, let me know.
If u meet another crash, don't hesitate to send ur saved game again.

@Serena_Fan :
Can u tell me the exact model reference of these rackets ?


@PattySchnyder :
TE2009 is still not publicly available, so there are just a few people playing online now.


@Brad1981 :
Not much to say more...
About errors, I already told u it was tuned for people not using cheat, and about the fast speed, it still didn't happen on my PC...

Should i download it again from the link at the start of this thread? Or is there a different link for me because I am testing the full version?

Tscott415, just dl using the link at start of this thread (or the link within your license key email), coz the full version = demo version + your key...

A very weird occurrence happened. After playing an online match I decided to play more world tour. But oddly enough two strange things happened. During the match I had the skills of my online player. So my power was way too high etc.

But afterwards, I lost in the SF and it asked if i wanted to qualify for another tourney before the week ended. So I clicked yes and entered Spain Futures 2. And then it said I earned a WC into the same tourney for my performance. But in the Spain draw there were two placements for me as a WC. So I could've played the tourney with both players.

The courts in the new game

manutoo, Did you make a little ajustment from the pixels I mentioned
Last edited by solarisaint on 27 Oct 2008, 06:34, edited 1 time in total.

Could an option be added to set the number of points needed to win a tiebreak? Like from a minimum of 7 to a maximum of 30 or something like that.

Hmm, when I mentioned that sometimes it seems speeded up, the closest I can come to describing it is that it seems like "Counter" attribute is doubled like 200% by itself, I suppose.
Also, when I change the "Topspin" attribute several times (I like to experiment), it seems like it (topspin) "stays", even when ultimately lowered down to single digits.
Sorry, it's really hard to describe. It could just be me, but I wouldn't have mentioned these things had something not seemed different/"off". Oh well, I guess I'm just asking to double check things with the Attributes menu to make sure that when modifying one thing it doesn't affect another.

@World Tour's Testers :
Version Updated :
- cannot enter anymore in qualifications at end of week when losing late in your current main draw
- can change Human/CPU control for ur player in the World Tour (to play TE2009 more like a manager game)


@Tscott415 :
I think I got the qualies trouble, but I couldn't reproduce the wrong skills...


@solarisaint :
I'm not sure what u mean, but if it's about court texture, then nope, i didn't change anything...

I just tried to mess around with the topspin & counter skills, but i couldn't get any strange result...

Once u get something wrong, if u close the game & launch it again, is it still wrong ?
ManuTOO
== Mana Games ==
>> I don't answer Private Message, except if it's really a _Private_ topic <<

msg.....The program met an unhandled exception
logged in file "system log" send this report mana games?
yes. Crashed happen when it said sunday 52 weeks.
When it happen the first time, the game closed I went back in, played a another round then it crashed again.
Then I sent this post.
Last edited by solarisaint on 27 Oct 2008, 11:11, edited 1 time in total.

solarisaint, could u send me your current saved game (compressed in .Rar or .zip) to my email ?
It should be in : "C:\Program Files\Tennis Elbow 2009\Profiles\Default\WT_Current.Sav", or in the "Wta" subfolder if u play with women.
ManuTOO
== Mana Games ==
>> I don't answer Private Message, except if it's really a _Private_ topic <<

I just tried to mess around with the topspin & counter skills, but i couldn't get any strange result...

Once u get something wrong, if u close the game & launch it again, is it still wrong ?[/quote]

If I close and re-open, I think it goes away, but I would've sworn it stayed on some occasions. It kinda just happens randomly sometimes. But 1 thing I know for sure; if I change my player profile to "Counter", then go to training mode, the COMPUTER starts hitting much harder, and doesn't use variety of shots.
If I change my profile to something other than Counter, it doesn't really happen as bad, but perhaps there is still more "oomph" on the CPU's shots. Or it could be lower trajectory over the net. Just seems different.
I normally play as Power Baseliner, BTW.

manutoo i just emailed you the save game log again
i just got on 52 week sunday, "Te has encountered a problem has to shutdown" If you say there is nothing wrong with it, i"ll just uninstall everything and reinstall fresh from their.